If the rumors to be believed, HMD Global or Nokia will be launching Nokia 8 pro version by the last quarter of 2018 which could be embedded with five lenses, yes you heard it right. This could be first android phone equipped with Penta Lens. So lets see how’s NOKIA 8 Pro With Rotating Penta Carl Zeiss Lens – A Real Game Changer.

If dual lenses or quad lenses from Honor was not enough, you must be wondering what would they do with five lenses. Is it a gimmick or does have some purpose in real life ? lets find it what rumors says.

The most exciting feature of the phone as per the rumors will be its 5, ye five Carl Zeiss cameras at the back which could  be rotating. This device could feature a rotating element with housing all 5 lenses and LED flashes at the rear, which would probably have varying focal lengths and apertures. Different focal length and aperture will keep this phone flexible for tons of specific shooting situations like a lossless zoom with telephoto version or a better low light performance with wide and big aperture. 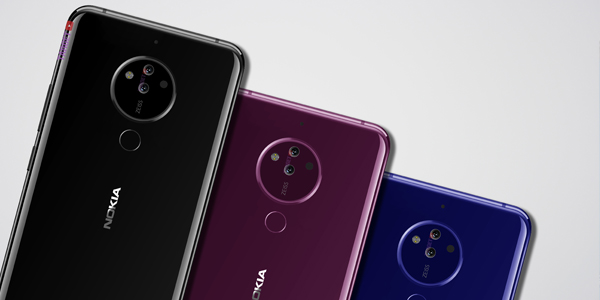 Other possible specifications are, 18:9 display with minimum bezels and a 3D double-glass design with Qualcomm Snapdragon 845, but nothing will probably be able to top that Penta-lens camera.

Its like the first true mechanical optical zoom camera in a smartphone, one which will rotate various zoom lenses in front of same main camera sensor.

So a single sensor will do job for all five lenses. Looks interesting and damn exciting too.. right.

Nokia has quite a few rumored devices already in queue in the making so there’s no way of knowing is this Nokia 8 Pro is real or not, but if the company really wants to continue its upward momentum, the time is nigh for it to truly innovate. The penta-lens Nokia 8 Pro could just be that.

This Penta-lens theory may well be a no-compromise solution for lossless zoom or low light photography, and would also go some way closer to minimize the gap between smartphone cameras and traditional cameras with changeable lenses.